Published by nahid-wacky on December 2, 2019 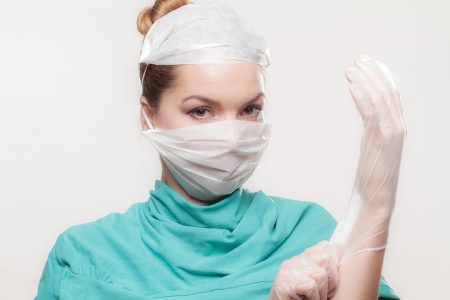 Working in a hospital or medical care facility isn’t an easy job. Doctors and nurses really have seen everything you can imagine – and more. Sometimes it’s the doctors that do bizarre things seen by hospital staff. Sadly, sometimes patients with dementia or Alzheimer’s do strange things that compromise their safety like standing on a table or trying to lean on furniture that isn’t really there.

It should be no surprise to learn that hospitals (especially memory care centers) are using HD video monitoring systems to observe their at-risk patients. Video monitoring is a great way to manage patient safety and find the truth when their stories don’t make sense.

Here are 6 strange things patients routinely do while under the care of a doctor:

1. Pee on the floor to get back at a nurse they don’t like

Nobody wants to be cooped up in the hospital with people poking and prodding their body all day long. It’s understandable when a patient dislikes the nurses who force them to do things they don’t want to do. However, sometimes patients find strange reasons to dislike a nurse and express their contempt by peeing on the floor.

One ER nurse recalls a man in the emergency department who kept peeing in the corner of his room. “He said he was going to keep doing it because he was going to tell everyone I was the one peeing in his room so I would be fired. He told everyone, and I didn’t even get to go home.”

2. Deny knowing how an object got lodged inside their body

You’ve probably heard about people who got objects stuck inside of various body parts, went to the ER, and claimed they didn’t know how it got there. This isn’t a rare occurrence. If you look at any list of crazy stories from the ER, you’re going to find at least one story of someone who needed surgery to remove a random object from their body.

Stories about people getting items stuck in their body are funny but the situation can be life-threatening to the patient. If you know someone who had to have an item surgically removed, it’s best not to laugh at the situation unless they laugh first. Or maybe not at all.

3. Lie about having worms

For instance, one woman went to the ER claiming to have noticed worms in her stool and saliva. She brought in a sample of the “worms” but it was just saliva. Her parents had driven to the hospital from out of state completely worried about their daughter. When they arrived at the hospital, they were shocked to discover their daughter didn’t have worms, but were even more shocked to realize their daughter was not psychologically okay.

Doctors have to take people seriously – at least at first – because some people really do have worms.

4. Treat their own wounds

Patients frequently treat their own wounds and end up in the ER because they make it worse. One ER nurse remembers a legit gangster who got in a fight with another gangster who shot his toe off. The guy who lost his toe tried to treat his wound at home but got a serious infection and landed in the ER. That’s not the craziest part of the story. The guy saw the nurse’s wedding ring and asked if her husband has life insurance because he can “work something out.” How’s that for flirting?

You’ve probably heard about people who fake diseases like cancer. Usually, people fake cancer to get money but some people do it for attention. Some doctors have experienced people coming in with stacks of fake medical records that say they have a rare, genetic disease. Thanks to Google, many of those people have been outed by name.

When doctors couldn’t figure out what was causing a diabetic woman’s blood sugar to remain unstable, they accidentally found the reason while helping her change her hospital gown. They got her up to change and bits of fried rice and chicken wings fell from the crevices between her thighs and stomach. Her son had been sneaking her food the whole time.

A woman whose sister wants to name her newborn after one of her favourite foods has been slammed by parents online who say the baby will be “bullied.” The woman explained that her sister who Read more…

A mum who was saving up to carpet her wooden staircase found a £20 temporary solution – and it turned out so well others are urging her to keep it permenantly. After becoming ‘fed up’ Read more…

Former Defense Secretary General James Mattis penned a critique of the president this week saying Donald Trump has abused his executive authority and seeks to divide Americans rather than unite them. What do you think? Read more…